Let's bring the railway in Ülemiste to the fore again!

The Ülemiste terminal will create a versatile and vibrant transport hub and stand as a new landmark in urban space that integrates commercial space, public services and architectural solutions. The architectural focus of the building is on mobility and the smooth integration of traffic flows. The open and dynamic environment is designed around people’s trajectories and allows plenty of light into the space. The most challenging part of the project will be the construction of the terminal main floor above the tracks. 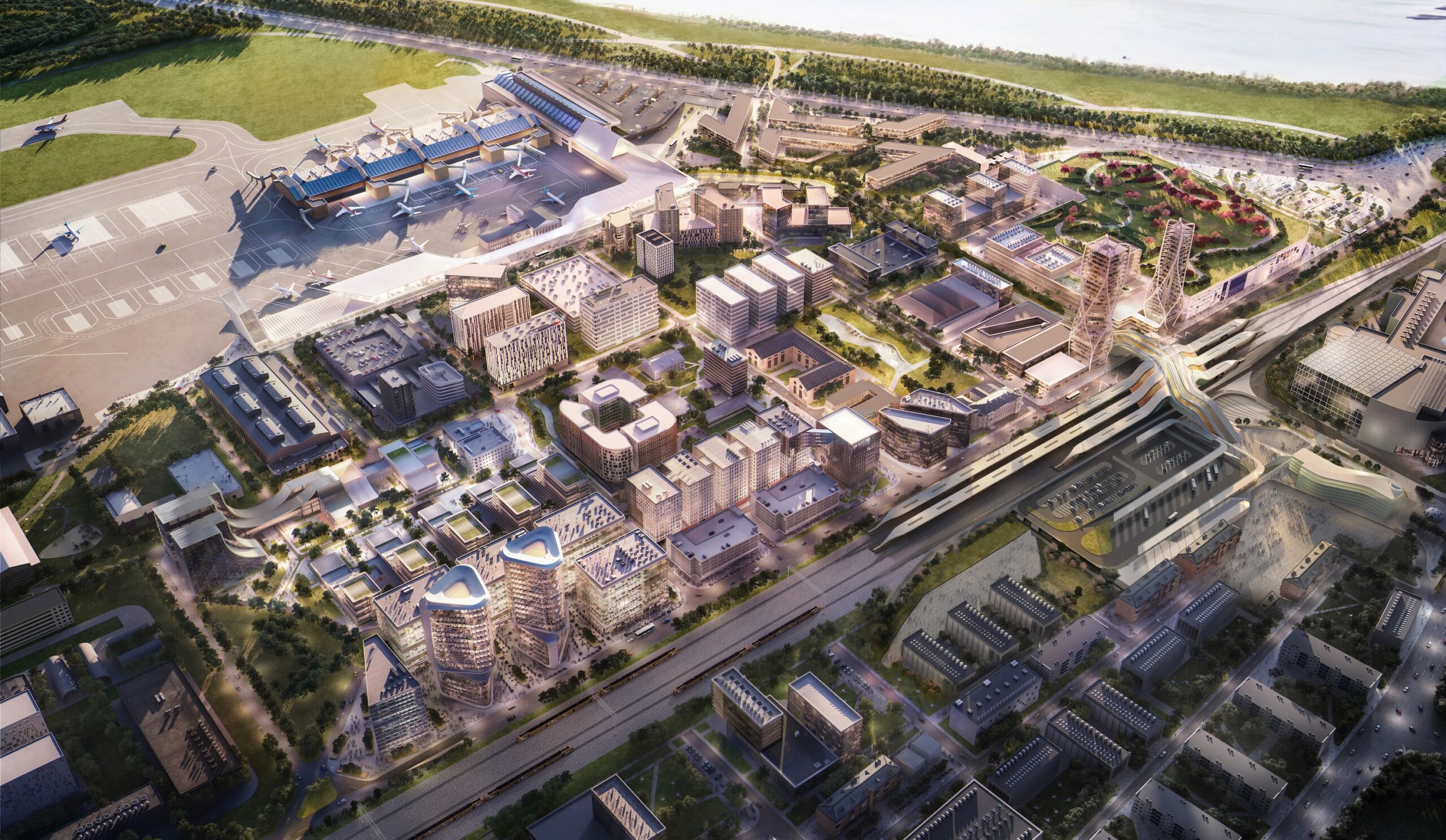 The winner of the name competition for the Rail Baltica Ülemiste joint terminal was decided by popular vote.

A total of 361 names were submitted to the name competition, from which 9 candidates were selected together with the Tallinn City Name Committee. As a result of the popular vote, the Ülemiste passenger terminal will be named
“Linda”.

Michael Davõdovski was the first, but not the only one, to offer the name Linda; there were other 47 participants who suggested this name. The winning name received a total of 471 votes in the popular vote. The second most popular name in the popular vote was “Ülemiste”, which received 449 votes and was first proposed by Katrin Tomson. The name “Põhjavärava” came third; this name was suggested by Uku Laasi and it received a total of 331 votes.

The name competition also completed the design stage of the Ülemiste terminal, and now the construction procurement will commence soon.

“A large and important stage in the development of the Rail Baltic Ülemiste passenger terminal has been completed today. With the new terminal building, Tallinn and in fact the whole of Estonia will get an exciting and modern landmark,” said Tõnu Grünberg, Chairman of the Board of Rail Baltic Estonia. According to Grünberg, the Ülemiste terminal will link the area to the city centre; this connection is still missing today.

Read more about how the Ülemiste joint terminal got its name HERE. 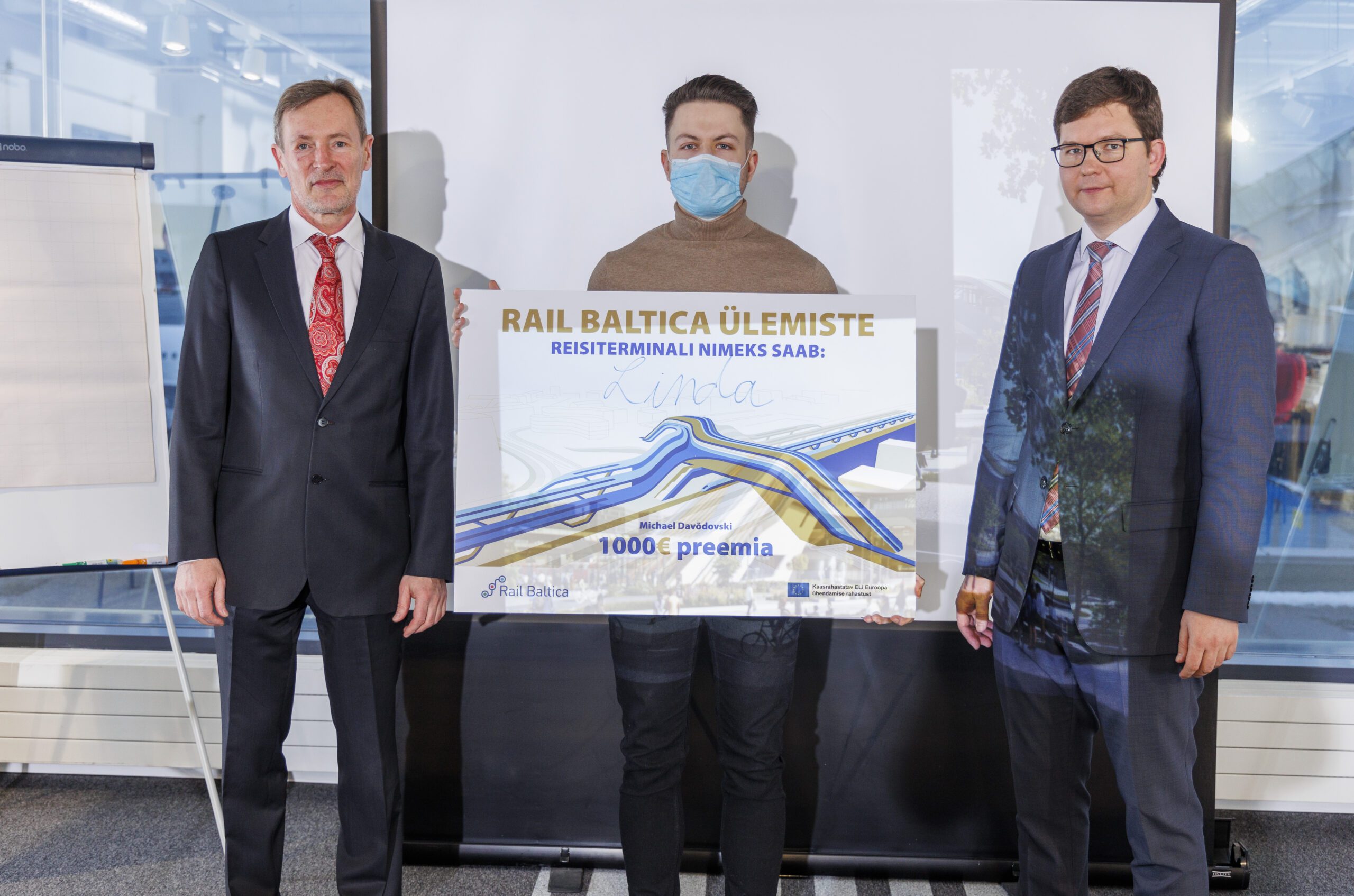 Ülemiste urban region is situated in Lasnamäe, the largest district of Tallinn. But it was the construction of the railway in 1870 and the Dvigatel plant – heart of the Estonian metal industry – completed 28 years later that brought real life and development to the urban region spread out over 3.4 square kilometres. The plant that started out producing passenger and freight wagons later also manufactured equipment for the space, atomic and chemistry industries of the Soviet Union.

Changing times and needs also arrived in Ülemiste area. Ülemiste Centre was opened in 2004, and the development of Ülemiste City in 2005 put a start to the changes on the current territory of the historic Dvigatel plant. Several old factory buildings were given new life, but the territory also allowed for establishing completely new buildings.

Three shopping centres with a total retail area of over 152,000 m2 are situated near the future Ülemiste Terminal, the newest of these, T1 developed by Pro Kapital, is situated next to the Ülemiste Joint Terminal; the area is also home to the Ülemiste Hotel (130 rooms in total), Ülemiste City campus (up to 30,000 jobs planned), and more than 4,500 parking spaces in total.

150 years later, the development of the area that got its start from the establishment of a railway is awaiting a new vision for development that is once again centred around the railway – Rail Baltica Ülemiste Joint Terminal. 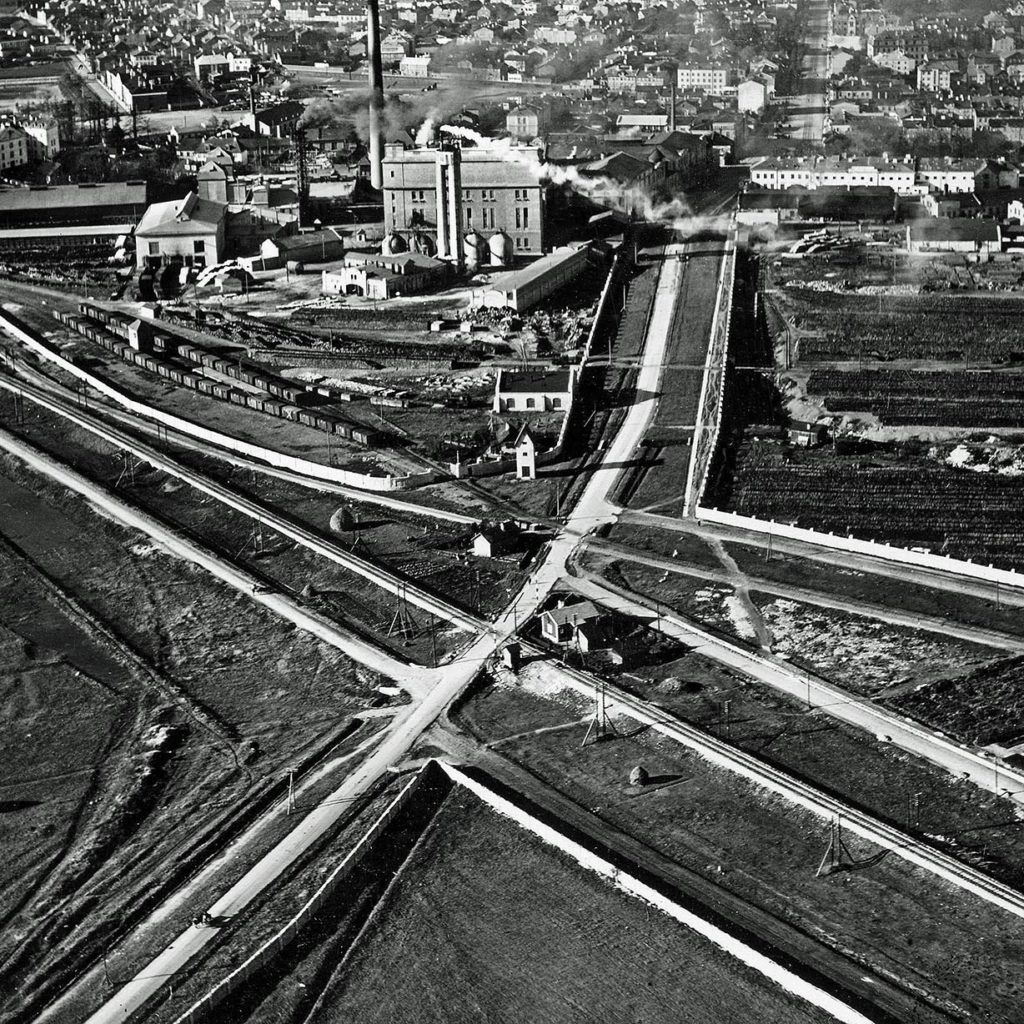 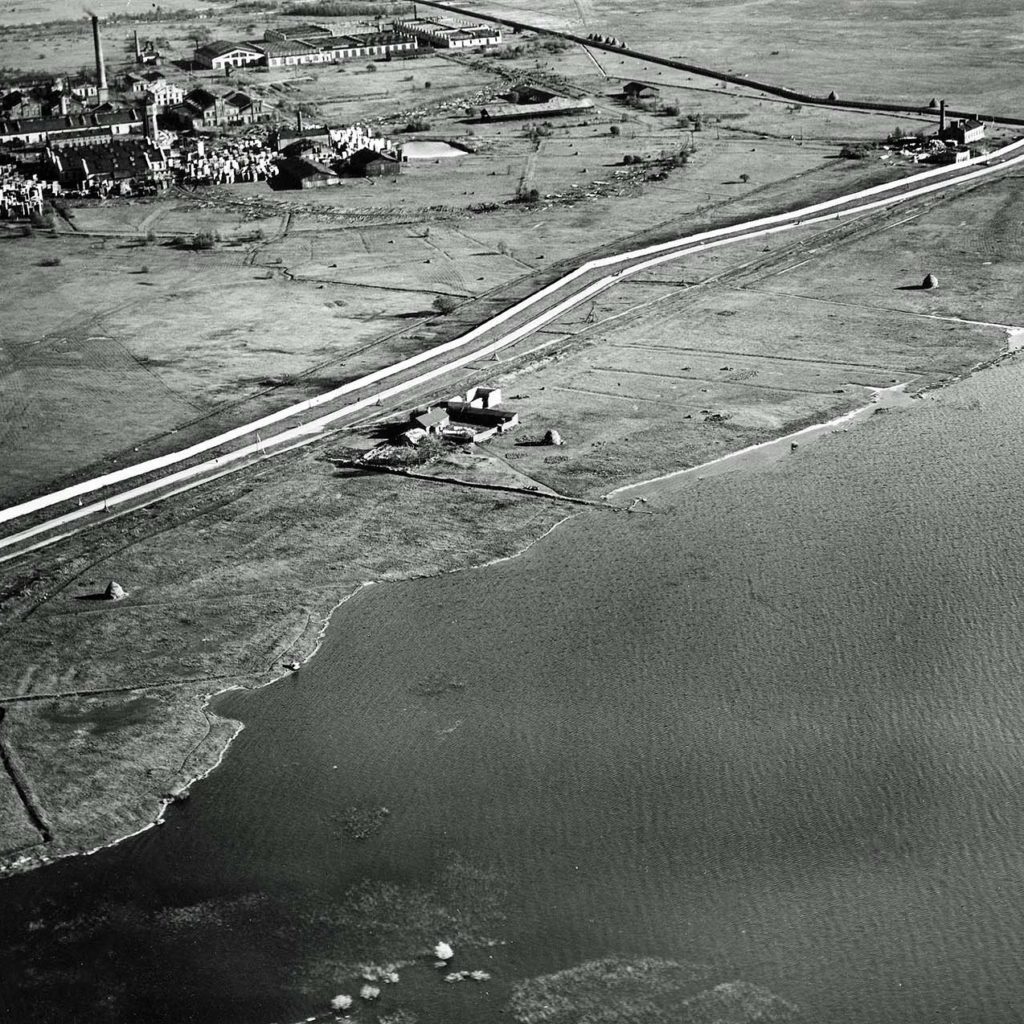 The developments of Ülemiste area have not, however, stopped. In addition to establishing Rail Baltica Joint Terminal, the developers of Ülemiste City, Technopolis Ülemiste and Mainor Ülemiste AS, as well as Tallinn Airport are still working on perspective real estate developments and vision plans in the area. T1 shopping centre developed by Pro Kapital in the immediate vicinity of Rail Baltica Joint Terminal has made a major contribution to Ülemiste’s current appearance.
The vision of Tallinn Airport for 2035 foresees the expansion of the passenger terminal in order to service up to 6 million passengers as well as the establishment of an airport campus – up to 150,000 square meters of commercial, service and accommodation space mainly for servicing air passengers are planned to be built in the airport campus.
The development of more than 30,000 square meters of Valukoja Quarter in Ülemiste City foresees a comprehensive solution for several different functions such as homes, offices and schools.
However, the ambition of the new Rail Baltica terminal to be established is not just resolving a place to stop for trains travelling on Rail Baltica, but it also aims to take into account the trains servicing the Moscow-St. Petersburg route and trains travelling to Narva and Tartu, local traffic and, in the distance future, stops for trains travelling in the Tallinn-Helsinki tunnel. Additionally, the possibility of bringing a bus terminal for long-distance lines to Ülemiste has also been discussed. The existence of a railway was the catalyst for the development of Ülemiste urban region and will continue to be so in the vision for the new Ülemiste. This also includes the mitigation/elimination of the barrier effect of railway in the form of smooth passage of a terminal square underneath the railways.

Submission of design concepts for the competition

Choosing the winners of the design competition

Award of the contract

The Ülemiste joint terminal will be named “LINDA”